Bill, a charming 56-year-old Southern gentleman sits proudly under the lifetime’s worth of taekwondo medals and the sashes from being crowned the “Annandale Village [homecoming] King.” Bill has an intellectual disability and lives in a nursing home at Annandale Village, a campus model where he has lived, worked, and received support for over 30 years. This is Bill: 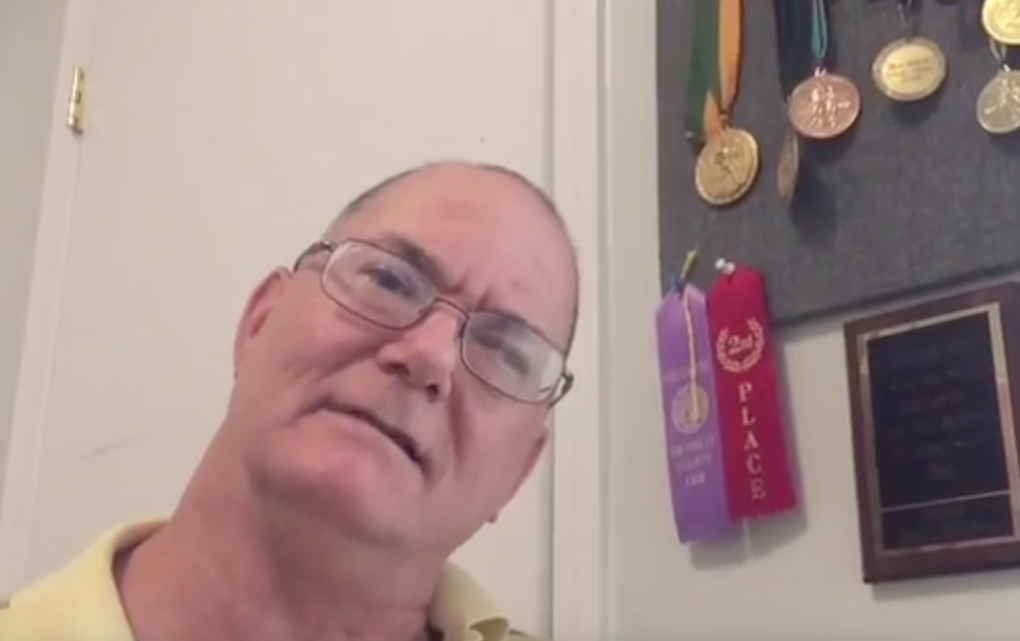 As I listen to Bill’s incredible story, I’m inspired yet heartbroken for those who can’t afford the tuition at Annandale. Over 1 million adults with intellectual/developmental disabilities (I/DD) and autism live with parents over the age of 60 and are beginning to worry about what life will soon look like once their parents pass away or can no longer care for them. They will likely be placed in the “next empty bed” as a crisis case. Their support needs will soon grow as they become seniors themselves and may be placed in a different home in a different community. Daily routines become unstable, and maintaining a consistent circle of natural supports and friendships becomes nearly impossible; all of this compounded by the high turnover of direct support staff.

Unfortunately, access to Annandale Village and many campus models is only possible for those who have the financial means. Not because Annandale wants to exclude anyone, but because the Center for Medicaid & Medicare Services (CMS) automatically presumes campus settings and other intentional communities are “isolating” and therefore institutional. This stigmatization discounts the dignity of one’s right to choose the home and community they feel is best, disregards the outcomes that make these settings desirable, and, as a recent Psychology Today article highlights, isn’t based in current research.

Having visited Annandale, I saw very little evidence of an isolating or institutional environment. See for yourself and listen to the voices of residents who live there:

Bill’s story underscores the value of campus models and other intentional communities for aging seniors with intellectual disabilities. He’s lived at Annandale Village since 1983. Residents who live at Annandale can choose when and how they would like to work or volunteer in the community, attend a community-based day program, or attend the day program or facility-based employment options on the campus. Bill lived in an independent apartment with minimal supervision and assistance when he moved to Annandale Village. He was responsible for keeping his apartment clean, doing laundry, getting ready for work, and walking down to the workshop on campus where he created art to sell.

As Bill’s support needs and life goals changed, he didn’t have to wait weeks for an appointment nor did he have to explain himself repeatedly to multiple case managers. When he needed to make a change or had a complaint, he simply walked down to the main office and knocked on his Annandale case manager’s door. The staff at Annandale has known Bill for decades, and as his family passes away, he still has loving advocates by his side. One staff member stressed that “no,” “never,” or “that can’t be done” isn’t part of Annandale’s philosophy, but that “let’s try” is how they approach requests. When he could no longer live independently in his apartment, he had a choice of six different levels of support in home settings on campus. Even though his home and support needs changed, access to his work, recreation opportunities, staff and friends remained constant.

Bill has only moved three times in nearly three decades at Annandale. From his independant apartment, he moved into the continuum of care center on campus (similar to assisted living) where he had access to support 24-7. Once his dementia progressed and he lost his ADL’s to the point where he needed more significant assistance, he moved into Annadale’s nursing facility, which is ranked #1 in the state of Georgia. Even while living in the nursing facility, on his good days he still rallies with his friends at Buffalo Bill’s Wild Wings for trivia night, practices martial arts, and visit the art workshop on campus. Since Bill’s support needs changed through his lifespan, stability in his routine and social circles would be unlikely if he had to move from his own apartment into an “empty bed” in a group home or a typical senior assisted living facility or nursing home.

While living at Annandale Village, Bill and his family didn’t have to sort through finding and transitioning to different service providers and staff. He didn’t have to leave Annandale to find affordable, accessible housing or assisted/nursing facilities. Even though he never married or had children of his own, he has a huge family through decade-long relationships with friends and support staff that live within walking distance. The broad array of housing, employment, and recreational choices, and the individualized and stable support he has at Annandale Village cannot be understated. Campus models and other intentional communities can be a launchpad of opportunities, a safety net when plans fall apart, and offer the stable relationships needed during transition phases across one’s lifespan.

The lack of access to campus models like Annandale must change. There are other private-pay communities across the country that could offer a home and community to those who may soon experience crisis as they lose aging parents. They’re a good option for some, and should be accessible to all of whom chose this model of supported living. Self-advocates, parents, and local communities are trying to develop innovative models as the current system just isn’t meeting their expectations. Annandale’s tuition costs from $40,000 – 51,000 a year and isn’t more expensive than a publically funded group home or institutional setting in Georgia (range of $35k – 140k). It’s not finances that stand in the way, but public policy.

Recently, national advocates organized and hired the prestigious Covington & Burling LLP to analyze whether CMS has the right to restrict access to one’s preferred home setting. Their legal memo states, “We believe that both the regulations and subsequent CMS guidance can be challenged as exceeding CMS’s authority. The effect of the regulations is to limit the choices of living situations for individuals with disabilities and to replace the preferences of individuals, families, and guardians with the preferences of CMS as to which setting best suits the needs of a particular individual.” If Bill’s family was not wealthy, he wouldn’t have had the stable life full of options that Annandale offers.

As the Bills of the world explore what “home and community” may mean for them as seniors with intellectual disabilities, public policy shouldn’t limit their options, but expand opportunities. Hopefully, the new administration will listen to the voices of local communities and seek to remove barriers to the public-private partnerships that could create the desperately needed home and communities of the future. Click here to learn more about Annandale Village.

To learn more about specific campus models that meet the needs of seniors with I/DD, join our livestream on the Madison House Autism Foundation Facebook Page on Friday, January 27th at 11:00 AM EST!