The Associated Press published a wonderful article highlighting two residents of Luna Azul and its origins – and media outlets across the country took note!

“All of a sudden, they start seeing other families and other communities have been successful,” Kameka said. “It gives them hope and initiative that maybe they can make it a reality. Parents feel more support and empowered today to be able to take the big steps to create housing communities… One reason: Social media and online resources are inspiring parents to look beyond the status quo…”

At the Autism Housing Network, we recognize the impact the media has on making this invisible crisis visible and shaping options for the future. We are so excited to see the parents getting credit where it is earned. Share your appreciation of the media reporting on this topic so they continue to pick up stories that inspire other families and local communities! 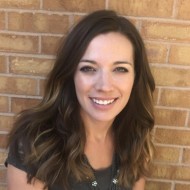 Christina is a Communications & Marking Associate for the Madison House Autism Foundation. She earned a B.A. in Communications from the University of Utah. Christina oversees the Autism Housing Network's communications, digital marketing, content curation, social media, and websites. She has a passion for helping people on the autism spectrum and their families.